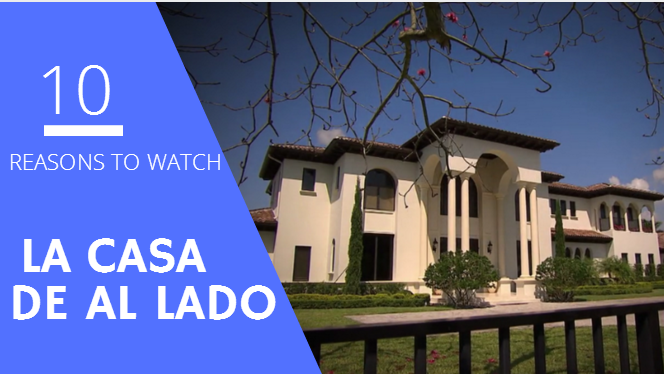 You may have caught our recent post reviewing the Spanish telenovelas currently on offer on Netflix Australia. Of those, La Casa de al Lado has quickly become one of our favourite shows to watch. We love to talk about it, we love to mock it, and we love to love it. Here are our reasons why we think you’ll love it too.

Yes, costumes. Because the wardrobe of some of these characters cannot be described merely by the word “clothes”. Emilio has the largest collection of low-neck men’s tops of any TV show I’ve ever seen. Then there’s Ignacia who surely has a storage facility located nearby to store the stacks of bangles she wears from wrist-to-elbow every day. And don’t get me started on the “boot thongs” that Carola wears, and the green gumboots Andrea wears. Pilar has probably the most conservative wardrobe of the cast, but even she wears the occasional cowgirl shirt, and spends most episodes running around frantically in six-inch heels. 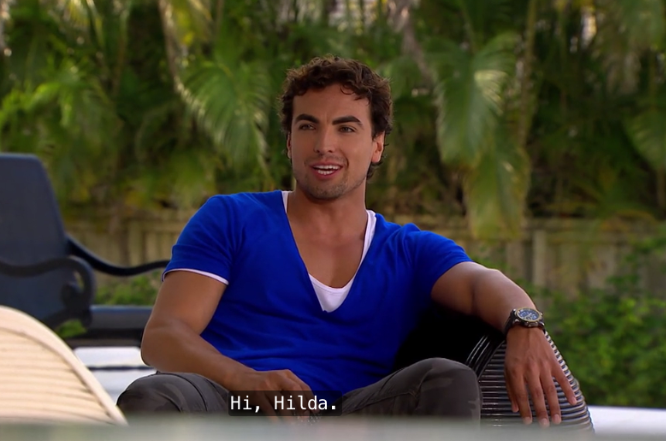 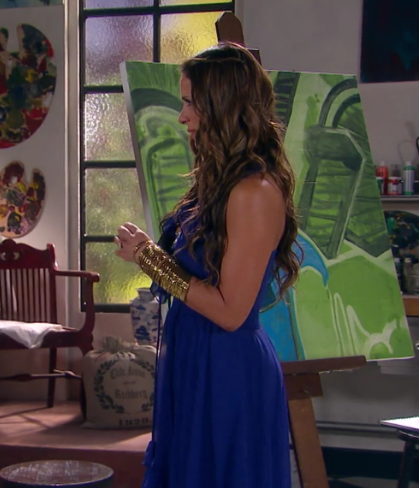 Just in case the storyline itself didn’t give you enough hints that every single character is as twisted as the next, you get these hilarious close up shots of guilty eyes and furrowed brows, just to make it totally obvious. 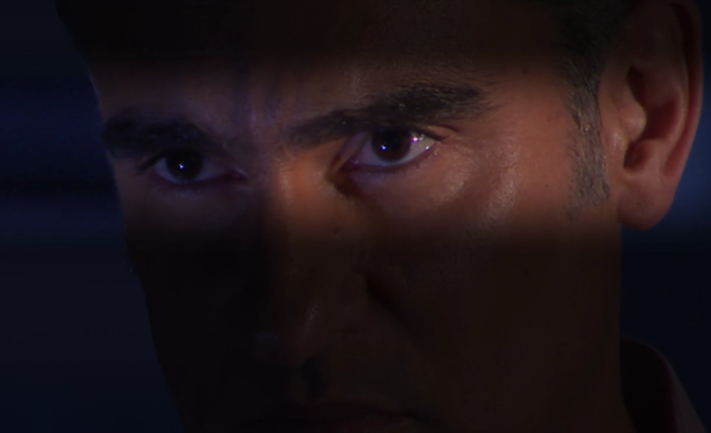 The largest collection of wallpaper and wall decals ever to be seen in one show. It’s quite remarkable (and, at times, hideous).

What would a telenovela be without one voodoo-enriched necklace? This time, Ignacia is gifted a string of beads, from a psychic, who swears when the necklace breaks, Death will be breathing down Ignacia’s neck.

Ignacia fancies herself as somewhat of an artist and spends her free time (when she’s not checking in to hotels “incognito” to have affairs) in her studio in the backyard, drawing a million portraits of her supposedly dead husband. Also noteworthy, Leonardo’s stick figure painting of Adolfo’s “murder”.

When I saw Javier’s first temper tantrum, well, I was torn between speechless and laughing hysterically. It was quite something. I mean, Elena did some great tantrum-throwing in En Otra Piel, but Javier would really give her a run for her money. There’s a lot of prop-smashing and aggressive gesturing.

And Pilar. She gets kudos for being almost permanently on the brink of tears, and then able to shed some good ones when she’s actually crying. There’s no time to be bored with this show. Almost every episode has something to shock you – fist fights, affairs, “accidents”, murder, kidnappings, seductions, and bitch slaps just to name a few.

He is absolutely the best character. As already mentioned, he throws amazing tantrums, he alternates between creepy bad guy and total scaredy cat, and he has ALL the dance moves. Kudos to Miguel Varoni for such a great performance!

You’d think this was made in the 1940’s, it’s that far from politically correct! Leonardo “has a disability” (you’ll see) which is never specifically acknowledged, there’s always just a throwaway comment of “he was born with it”. The actor does NOT have a disability and clearly didn’t do much research prior to the role because the whole performance is laughable – which may or may not be done deliberately?

Karen is one of the maids, and provides so much comic relief. I love her! She peppers her lines with some English phrases that always seem to come out just a little bit silly, like “Don’t be weird, I’m talking” as someone runs away from her. Plus she’s a total drama queen, thinking she’s the target of a vicious murderer (she isn’t!), and really I just want everyone to die and for Karen to inherit all the wealth because she’s hilarious and deserves it.

Viewer warning: If you’re watching La Casa on Netflix, beware the episode descriptions! They are full of mucho spoilers.