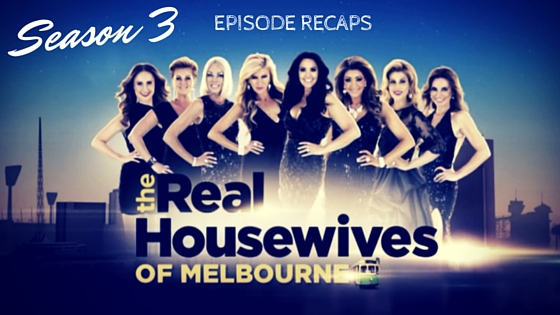 Another week and episode four of The Real Housewives of Melbourne presented a slightly more subdued, emotional side of the women – but we had to get through the rest of Pettifleur’s tirade at Gamble’s “invitation party” first. 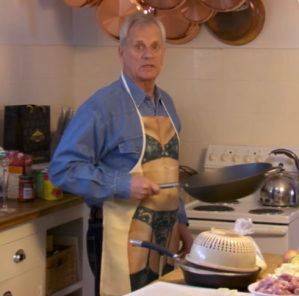 “I am now getting the scotch and Brian is in the kitchen! It’s like…really weird!” No, Janet. That apron is what’s weird. Also weird – the fact that you’re having a family dinner with your ex-husband and his kids and discussing the “happy ending” he got during your marriage…and laughing about it. 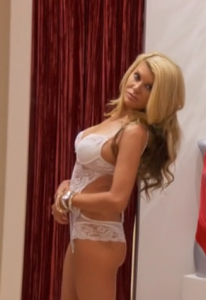 Jackie, like the majority of us, was well and truly fed up with Pettifleur this episode. After declining Gamble’s wedding invitation, she somehow manages to turn the argument around so it’s all about her being “victimised”. At Gamble’s bridal shower, Susie shares a story about a traumatic accident that occurred to her son Monty. Pettifleur immediately follows up with her own “tragic” story of how her father never walked her down the aisle. Jackie had enough and says that “Pettifleur was BS crying…it’s like what are you crying about?”.

Gamble heads off to IM Lingerie at the Emporium Melbourne and spends a small fortune on wedding night underwear. She actually winces at the price tag but really, when last season she got to take home a diamond to play with before she committed to using it in her engagement ring, I’m not too inclined to believe this particular price-related wince was genuine.

HUMBLEBRAGS OF THE WEEK 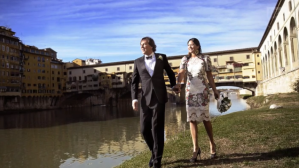 The slop that Janet’s sleazy ex, Brian, served up for dinner. Complete with the blood of half a finger apparently. More like vom-nom-nom.

Jackie’s totally understandable reaction to Gamble and Pettifleur hugging it out minutes after the “Get fucked!” sitch. 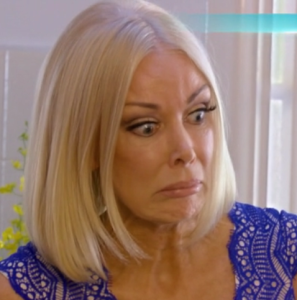 Janet’s reaction to her ex adding a splash of O positive to the wok slop.

As much as I would like to say Gamble, long may she reign, I think Jackie gave her a run for her money this week. She was on point tonight with her comebacks and eye rolls and well-timed yawns. 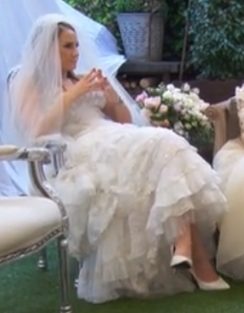 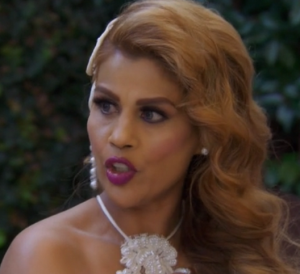