Design a site like this with WordPress.com
Get started
Skip to content
January 19, 2016 Cactus Pop Food, Life 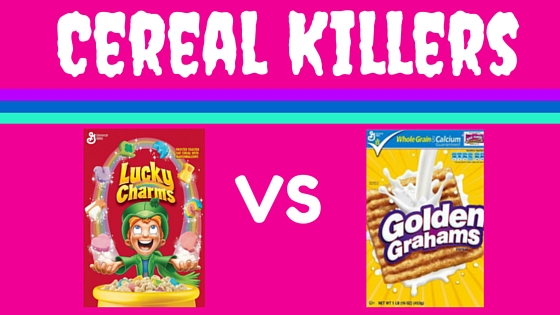 A few months ago we had our first round of Cereal Killers with Peanut Butter Toast Crunch Vs. Cookie Crisp. This time I decided to have a solo cereal party (so basically a weekday breakfast) to try a couple of American cereals – Lucky Charms and Golden Grahams. Did the redheaded leprechaun and his pot of charms sparkle or did the ribbed squares live up to their Golden name? Read all about the battle of the bowl-ge below.

In the red corner, we have Lucky Charms and in the yellow corner we have Golden Grahams! Let the battle begin. Is your stomach ready to ruuuumble?! 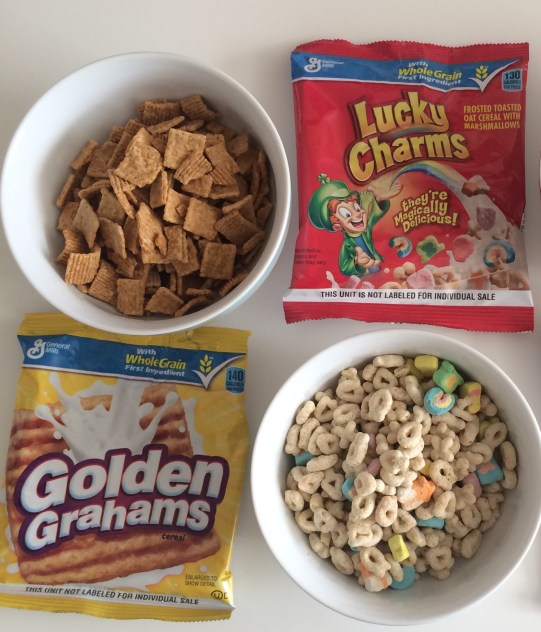 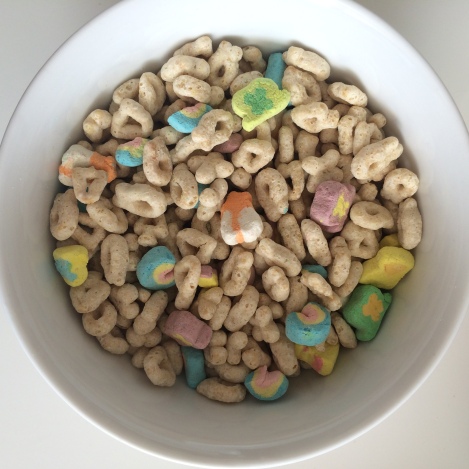 I had high expectations digging into this bowl. Last year Kylie Jenner expressed her love for the marshmallow charms in this cereal and subsequently got her own custom box of Lucky Charms: Marshmallows Only. I mean, that’s pretty cool. Plus Sandra Bullock eats them on her cheat days.

First thought after my first bite: WOAH. Do not do a Def Leppard and pour some sugar on this because it’s already basically 90% sugar. I mean, I like sugar. But I think in Australia our most sugary cereal is like the equivalent of America’s least sugary. Meanwhile, the marshmallow charms – what I imagine Styrofoam tastes like. Also, the milk turned green.

Despite all that, I get the appeal. It’s colourful, it’s a bit of fun and it gives you the morning boost you would normally need from coffee.

Melpo’s Pro-Tip: Search Lucky Charms on Pinterest. If you’re not into the cereal on it’s own, maybe Lucky Charms cookies or Lucky Charms Treats are up your alley.
Cerealicious Rating: 3.5/5 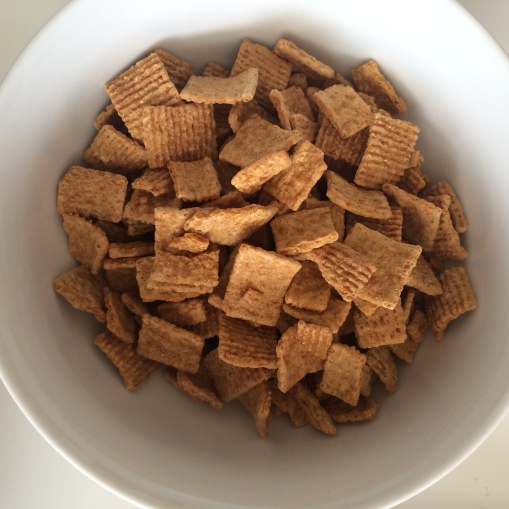 A cereal that looks like corrugated iron – not a good start! To quote myself from the previous Cereal Killers post when discussing Peanut Butter Toast Crunch, “there’s just something about layers of flat cereal that works for me”. That applies here.

However, the texture isn’t enough to save Golden Grahams. There was some gross aftertaste that I couldn’t put my finger on. Brown sugar? Corn meal? A combo of the two? I don’t know what it was that put me off but it put me way off.

Melpo’s Pro-Tip: Only eat if you don’t have taste buds.
Cerealicious Rating: 2/5

Although there were some pret-ty harsh cons, Lucky Charms charmed me.

What cereals should we try next?